Silage wrap is a type of baling and can either be synthetic or natural. It’s made out of polyethylene sheeting that’s been tightly stretched on the fine grain of silica dust, producing a soft but thick fabric-like fabric resembling a fluffy ruffle fabric, usually between two slices of fresh hay. Because Bale Wrap so thick, the fabric holds in moisture, repel insects, and protects from the elements, such as wind and cold. Some people use this for camping, tenting, and several other applications. 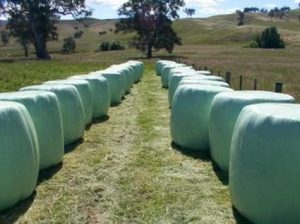 The main advantage to using this type of bale wrapping or baling is that it protects from all four seasons, including light rain, sleet, snow, and hail. If you’ve ever camped in a tent with a zipper that couldn’t be closed because the fabric was too thick and there wasn’t enough air flow to close it, then you’ve probably experienced a lack of protection. Baling can also help protect things from fire-starting fluids, such as kerosene or oil, read this article.

To make a Bale Wrap, you need a couple of extra materials. You’ll need either an old baled forage bales or an empty milk crate for the pre-stretch. Ensure that the top layer of baled forage is entirely free of dust and dirt. You don’t want your folded silage wrap to catch fire when it’s rolled up!

The third thing you’ll need is a kiln. That’s the wooden box in which the hot air is sprayed to cure your silage film. Keep in mind that the temperature inside the kiln will depend upon the humidity in the surrounding air. Set the kiln’s temperature at the higher end of the range in which you’re working; you’ll find that your first batch will be tighter, but it won’t burn as well. Continue heating until the material starts to harden, then take it out of the kiln and fold it back into its original wrapping.